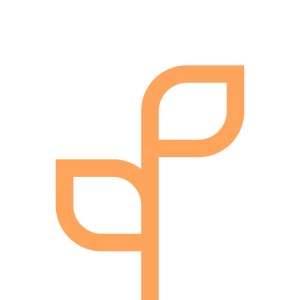 The clock ticks away while a vivid and exhilarating video game clutches every atom of attention intrinsic to you. However, your attention is not the sole factor enchanted by the magical world portrayed by the video game, your mind is too. Thus, you no longer feel that you are seated in your living room with a monitor in front of you. You are simply immersed by the video game and your mind has entered the video game realm. This new world throws numerous challenging quests at you, where creative methods of problem solving are demanded and colossal mental effort is at the forefront of gameplay. Moreover, the assignments must be solved in accordance with laws and rules elemental to the world of the video game, requiring considerable systems thinking, making the quests especially demanding. Finally, you complete the last assignment of the game, and the real world comes knocking. You are brought back to reality, enriched with new skillsets.

This immersive experience evokes a great craving for more gaming within you. Subsequently, you casually pick up your smartphone and decide to play a mobile game. The game is amusing to begin with. The gameplay is simple and requires minimal mental effort. However, as time passes, you feel yourself getting exhausted by the simplicity and monotony of the mobile game. You turn off the game, wishing you had done something more productive with your time.

Casual games are intended to reach a wide range of audience and to be highly accessible. They are designed with simplicity in the foreground, where the player swiftly reaches proficiency. They are commonly comprised of short sessions, do not require copious amounts of skill to play and often entail a one-button mouse interface or a tap-and-swipe interface. However, since casual games do not necessitate much skill, they do not enrich skills by much, either. Additionally, casual games usually do not evoke an immersive experience amongst players.

How immersed an individual gets while playing video games is affected by numerous factors. These factors include visual and auditory properties of the game, how the video game is structured and its mechanisms. Additionally, capacity for emotional connectedness and power to create in one’s mind determines how immersed one gets. If the individual has abundant capacity for emotional connectedness and a rich imagination, chances are that the ease of immersion is greater for that person than for an individual that does not encompass the abilities. However, it is undoubtably possible to foster these skills by playing video games that aim to immerse players.

Research shows that immersive games provide great opportunities for the player to step into someone else’s shoes, i.e., the protagonist of the game, which allows them to adopt a new perspective. In turn, this may lead to an increased capacity for sympathy and a reduction in negative stereotyping. Furthermore, video games that aim to provide an immersive experience frequently require the player to memorize complicated button sequences. Memorization of button sequences is a skillset that depends on the capacity to coordinate hands and eyes. One can improve such a skill during gaming, therefore, increasing dexterity. Moreover, video games that are designed to deliver an immersive gaming experience foster the ability to reason with regard to systems thinking, facilitate the capacity to see the “big picture”, and encourage innovative problem-solving skills. Although casual games are generally great fun, they often lack the above-mentioned aspects that enhance players’ expertise and skills. Conversely, immersive games are rich of these features.

Beanfee is a software designed to foster behavioral change by utilizing the ideologies of behaviorism and gamification. Sympathy, dexterity, systems thinking, and creative problem-solving skills are useful traits to nurture. Thus, Beanfee advocates for immersive gaming, rather than casual gaming, as it may aid in the development of valuable capabilities that can be applied to various areas of life.

Yee, N., & Bailenson, J. N. (2006). Walk a mile in digital shoes: The impact of embodied perspective-taking on the reduction of negative stereotyping in immersive virtual environments. Proceedings of PRESENCE, 24, 26.